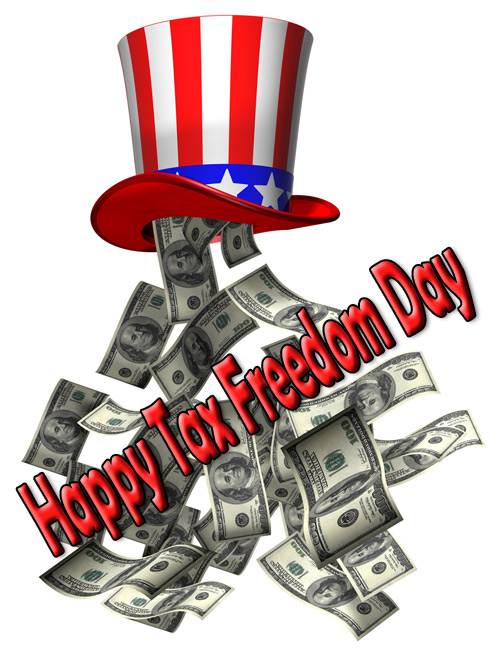 It has finally arrived Tax Freedom Day 2015. This is the day when the nation as a whole has earned enough Monty to pay its total tax bill for the year. In 2015, Americans will pay a whopping 3.28 trillion in federal taxes and 1.57 trillion in state and local taxes, for a total tax bill of 4.85 trillion, or 31% of the national income. This year Tax Freedom Day falls on April 24th or 114 days into the year. This means for the average American it has taken them until today to pay their tax bill. Depending upon which state you live in your date might be sooner or later than this. For the residents of Connecticut & New Jersey their date is the longest at (May 13), and New York (May 8). Residents of Louisiana will bear the lowest average tax burden in 2015, with Tax Freedom Day arriving for them on April 2. Also early are Mississippi (April 4) and South Dakota (April 8). Utah (April 20).

You thought that you were working for yourself but in reality you have spent the last several months working just to pay for the COST of government. Finally the day has arrived that you can actually keep some of the money that you earn. Just to put your taxes into perspective, Americans will pay more on taxes this year 2105, than for food, clothing and housing COMBINED. Big government is the biggest business in America.